After warnings yesterday about the approaching winter storm, we awoke this morning to gently falling snow which had been proceeded by some freezing rain.  Although the Jackson area only got about 1" of the white stuff, it was enough to just about paralyze this deep south burg.  Bridges iced over and all the local schools closed.  It was worse south of here, with southern Mississippi getting up to3" of freezing rain, sleet, and snow.  They even got snow and ice down on the Mississippi Gulf Coast which is very rare.
Since I didn't get a call from my box or hear a TV announcement about the state government offices being closed, I drove into work, taking about twice as long to get there as usual.  Then about an hour after I arrived we were told to go home since the governor closed all state offices except for mission critical personnel (of which I'm not!!).  The drive home was even slipperier than the drive into work.  And this evening we heard that the state offices won't open until noon tomorrow (Wednesday) so I get to sleep late for a change.
Here is a picture of Col Campbell's quarters on this infrequent snow day in central Mississippi, taken about 3:00 pm when I ventured out to retrieve the mail.. 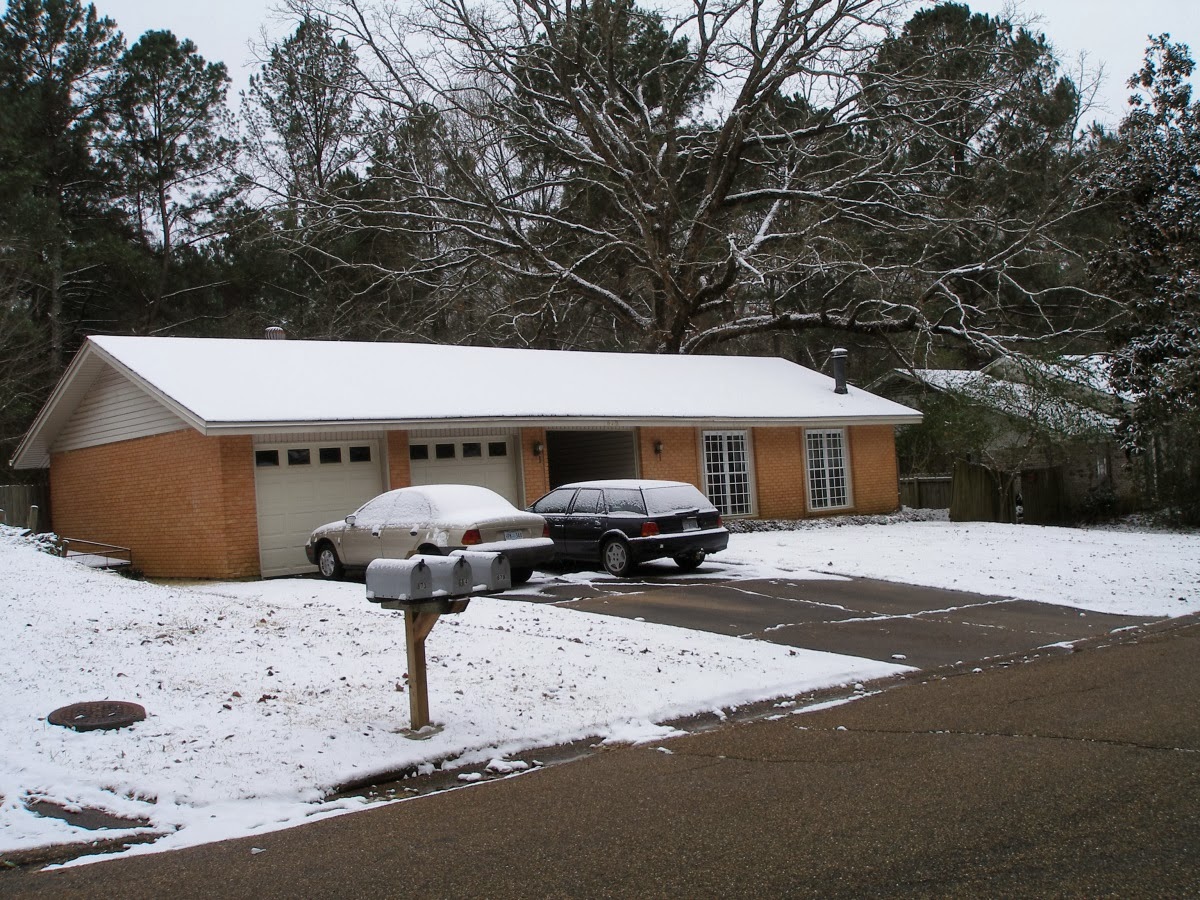 Last Monday I was out in northeastern Jackson metropolitan area and stopped by the Michaels store.  While there I found a clearance area containing a number of different size and shape paper mache boxes.  There were four in the shape of two story houses which I bought for 99 cents each.  Even if I botch the "artwork" to decorate them as houses, they were well worth the expenditure.


More later as Campbell's Construction Company works its "magic" on these.
﻿
Posted by ColCampbell50 at 6:58 PM 1 comment:

In my last post, I described a unit I have created for my Very British Civil War gaming - the Liberty Bell Legion, raised in the United States to oppose the Fascists surrounding the British throne.  The company headquarters and the 2nd Rifle Section have finally been outfitted and have joined the anti-Royalist forces in southwestern Suffolk.
The Legion has begun field training with the Anglican forces around Bury St. Edmonds.  A third rifle section is still being outfitted. All the Legion units will join the anticipated actions against the Royalist and BUF﻿ forces in eastern Essex in the spring.
Posted by ColCampbell50 at 6:48 PM 2 comments: