I hope that the readers of my little blog have a very merry Christmas and a happy and prosperous new year!

And now a selection of Christmas trees for your enjoyment.


Although not a tree, this is in honor of the 50th anniversary this year of the animated "Rudolph the Red-Nosed Reindeer" production.  It belongs to one of my co-workers who really enjoys the program.
﻿

Since I completed my figures for last month's Colonial Barracks convention I haven't been very keen to do any painting.  But lately I have come out of the doldrums somewhat and completed some figures for my Very British Civil War forces.


This 3" mortar team will join the Royalists as a heavy support weapon for the 2nd Battalion, Essex Regiment.   They seem to need it since the Anglicans and Socialists have that truck mounted naval gun.  They can also be used in WW2 games, which I did today in a mash-up between the British and some Jerry soldiers which resulted in a draw.
﻿
﻿
﻿
These two lads, the sniper on right and his spotter on left, provide another "special" weapon for the Royalists.  maybe now they can keep the crew of that darned naval gun ducking for cover!  You've seen these lads before in an earlier post.  This just shows them after they've had some shading added and had the bases flocked. 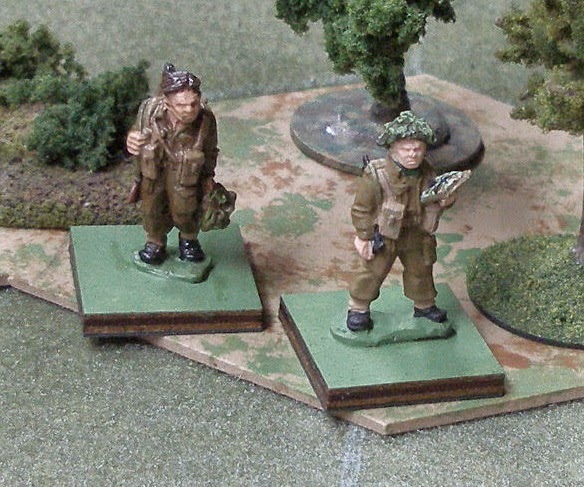 These two chaps are "extra" figures from two different command sets I've acquired recently.  The one on the right holds a map book while the other has just doffed his helmet after a long, hot trek to the front lines.  I'm not sure what they'll be used as but their addition will be welcome to the Royalist forces.
That's all for now.  More Later.
﻿
Posted by ColCampbell50 at 6:03 PM 1 comment: